The last time we visited Karjat we decided to trek to Peth fort, we got directions but decided to just take a drive beyond Kashele towards Murbad, as we thought that's the road leading to Ambivali village, from where the trek begins to Peth Fort.

On the way we came across a huge abandoned land with a strange signboard that said something in Marathi, more like 'Ayurvedic Healthcare Garden'. 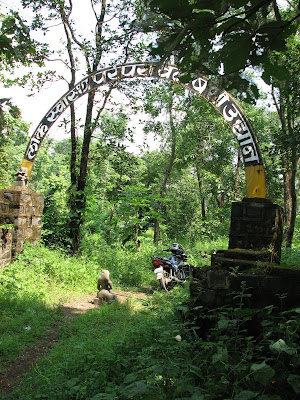 There was a statue placed right in the center of the entrance and the feel of the place was very different. There was a path that had leaves on it as though they were placed there for people not to proceed. This was very inviting a garden that was not maintained, we decided to take a peek.

The statue in the middle of the entrance was of an Ayurvedic Rishi making a mixture of herbs, of course we did not know what it was, will get to that part later. 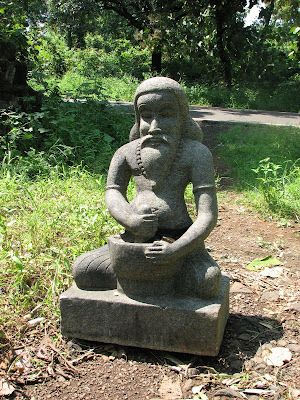 At that moment the statue fascinated us, we were wondering what was awaiting us as we walked down the path. 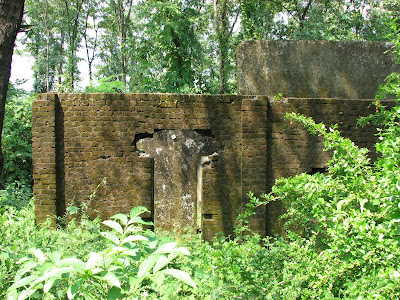 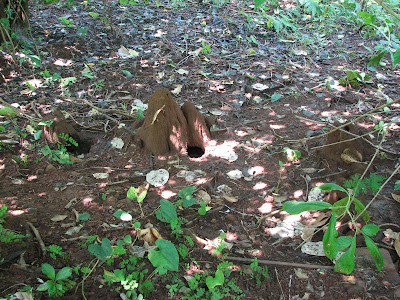 We started to get an eerie feeling as we passed by abandoned houses, a water pump that supplied water to this place that looked like an abandoned town. We were beginning to wonder what happened to the people who were living here. 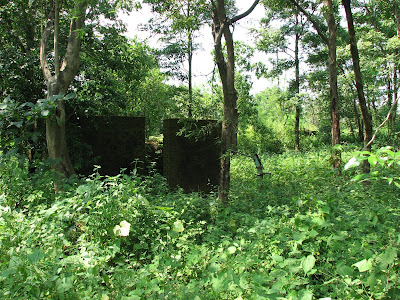 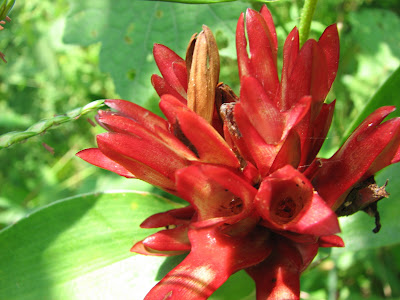 We came across different plants and flowers, that did not seem to be a wild variety, of course there were a lot of plants that had flourished due to the monsoons as well, but these seemed different. The path ended gets more dense and leads into the forest. 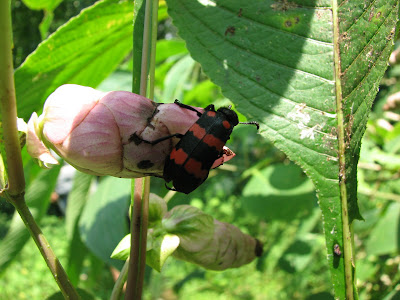 As we walked back, the question pondering in our heads, what was this place. On reaching back we found a bike parked at the entrance. A man was talking on his cell phone and he looked a bit sceptical about us. A broad smile always changes things as we approached him and asked him about this place. 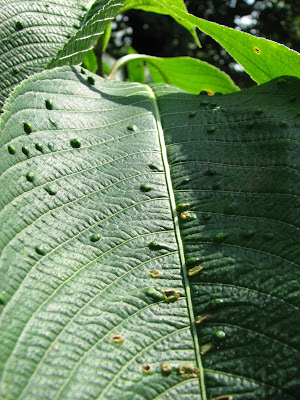 He asked us who we were first and then he told us that this land belonged to the Academy of Development Sciences. He said that he worked here for over 15 years, and the 64-acre land produced 500 different species of medicinal plants, which were used in Ayurveda. It use to be a research centre and a nursery, which was abandoned due to lack of funding. 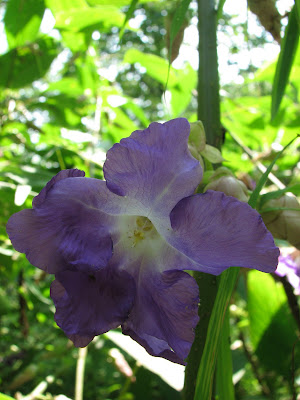 People from Mumbai use to come here for a workshop on medicinal plants, that could cure common diseases and even help prevent them. They could also purchase plants, and over 200 people from neighbouring villages were employed here. The place is due to open once again, in a few months time but it could take longer than expected. 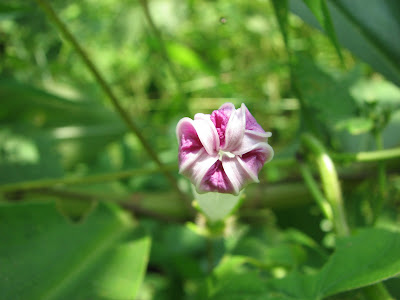 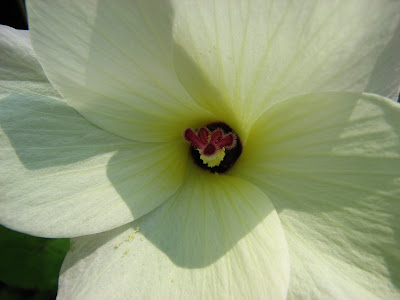 The reason why he came here is he saw the car parked and the statue in the middle of the entrance. Originally there were two statues each on the pillar of the entrance gate, someone had broken one and he thought that the car was there to rob the other one. It was an informative half an hour in Karjat, I do hope to get myself some Ayurvedic plants soon.
Posted by Clyde