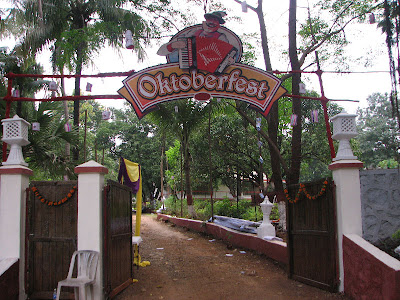 It was a fun-filled start to the weekend with Oktoberfest, organized by Dada’s Grill, provided good food, entertaining performances and some groovy music. 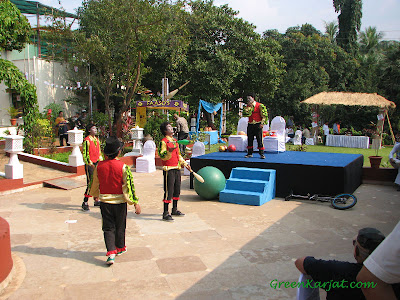 The event, based on the original Oktoberfest in Munich, Germany, had Rs 250 cover charge and for members of the Karjat Farm Owners Club it was Rs 200, which was valid only for food. Both Indian and foreign beers were available - Kingfisher mild pints starting at Rs 60 and the most expensive beer pint was prized at Rs 300. 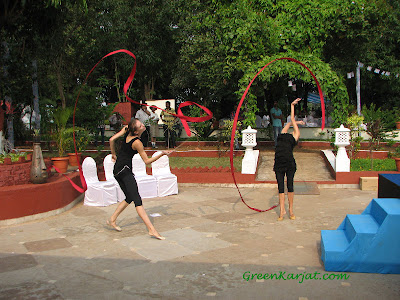 The place had limited decoration but it did justice to the theme. Dada’s Gill, known for its delicious food, had multiple small counters set up around the area. On the menu was Pizza, Burger and Hot Dogs, although the Burger and Hot Dogs were bit of a let down. 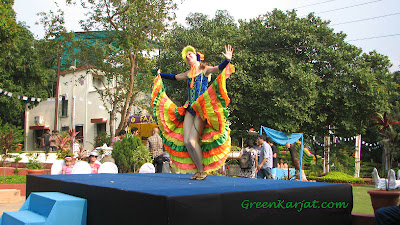 Another counter was serving wraps (not so appealing), a continental healthy lunch and the delicious BBQ chicken cooked on a coal fire. 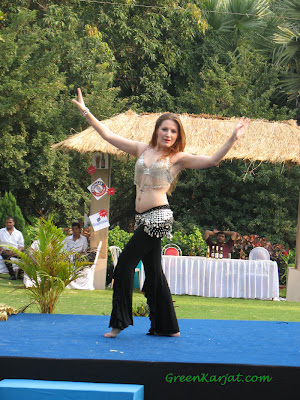 Apart from this there were some lovely performances by Russian artists, who were belly dancing, hula hooping and performing rhythmic gymnastics. To keep the kids entertained, there was a play area with a trampoline, train ride and a huge inflatable slide. 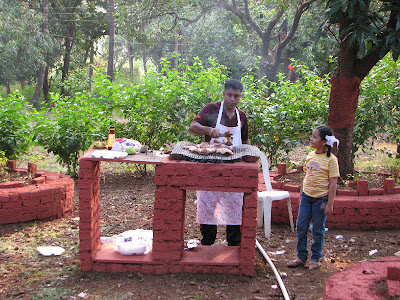 Although the fluctuating electricity made the restaurant a bit hot, the chilled beers helped keep the temperature under control. All in all it was a wonderful fest that we look forward to next year, Karjats’s own Oktoberfest!
Posted by Clyde