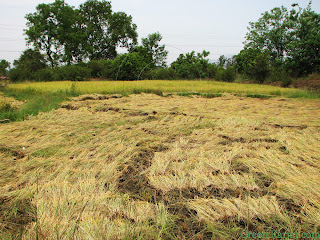 A few days ago we had a welcome break from the soaring temperatures in Karjat, with the summer temperature outdoors doing more than 40 degrees celcius, the passing shower was a short respite from the heat.

But thats not all the woes we have had to complain about, the plan on expanding and cementing the canal undertaken by the government for the last two summers has caused far more pain to not only the villagers, farm owners and the eco system as well. 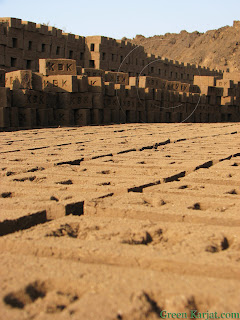 Tata Power dam in Bhivpuri, sends the water used for electricity generation either into the river or the canal, this water is used by the local farmers to have an extra reliable crop of rice. Reliable, because its not dependent on the rain, that sometimes lasts longer and can ruin the crop instead of being beneficial.

So in short over the last two years we have had no extra rice growing, we have had a tremendous increase in brick kilns, unfortunately without chimneys so the smoke, which is extremely harmful for health hovering around us, they also use tremendous amounts of water to mold the bricks. 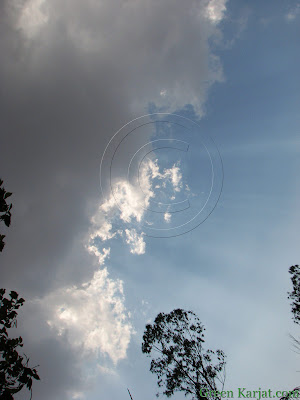 The lack of canal water had made the entire water table go down, in areas from Sangli, Takve, Kadav have all been drastically affected. Currently Takve village has only functioning borewell which has the entire village qued up.

We have lost over 40 trees in the last two years due to the lack of water, currently we get around 200 liters of water every 6 hours to survive till the rains. But a rainbow of hope floats above us as we see the big dark clouds marching in.

Yesterdays cloud burst above us, provided much needed water to help our plants and trees survive. Lets hope we have a few more till the arrival of the monsoons.

With the rains, comes the end of the brick making, the plants and trees rejuvinate, the birds begin to mate, the water table replenishes and our lovely Karjat, turns green again. Heres to another lovely monsoon season in Green Karjat! 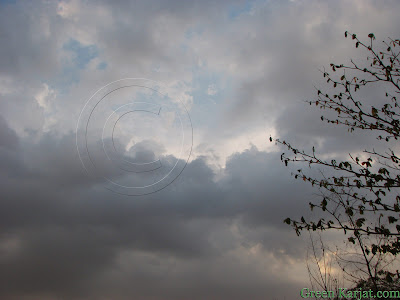