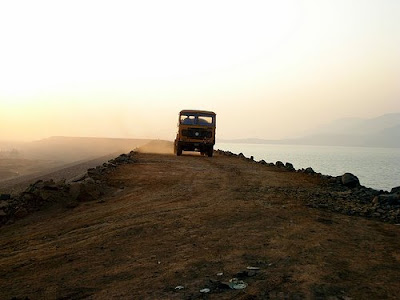 Whenever the government takes land away from the locals it seems like they never live up to their promises like the Tata Nano project in Singur, but we do not need to look far take a look at the Morbe dam project in Karjat that has affected 11 villages and 776 families.

According to an outdated census around 2897 people have been affected by the dam. Some of the affected people have been claiming that they have not been given permanent jobs as promised while none of the families who have been resettled get water from the dam.

The villagers currently have to get water from taps located far away from their house, Vasudev Rane, an affected villager, said, "It gets worse in summers and we are supplied with water from tankers. Records show that the Navi Mumbai Municipal Corporation (NMMC) has excess water. Why can't they lay small pipelines to our houses? After all, the Morbe dam is built on our land." 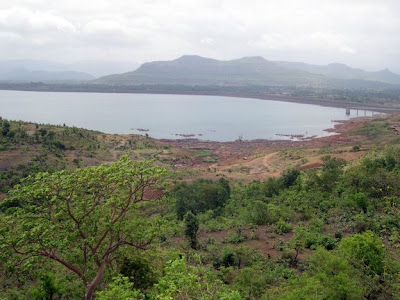 Devendra Satam, MLA, Shiv Sena, Karjat, said, "The government had promised jobs to 58 project-affected youth. When the NMMC took over, they said they were not obligated to provide jobs. I met the Navi Mumbai municipal commissioner, who only confirmed NMMC's stand."

While the local Shiv Sainiks stated that they would intensify their agitation and shut off the water supply from the dam if the NCP controlled NMMC continued to treat the villagers in such manner. But the Navi Mumbai municipal commissioner V S Nahata stated that the previous owners of the dam the Maharashtra Jeevan Pradhikaran (MJP) had entered into a deal with the villagers and the NMMC was not bound to provide jobs.

The NMMC had bought the dam from the MJP who had promised the villagers jobs. "Despite this, we have employed these villagers on contract and pay them wages as per our standards, which are the highest in the country," added Nahata.

According to Nahata the NMMC had supplied water to houses of 400 people who were complaining and are open to hearing the problems that other villagers are facing.